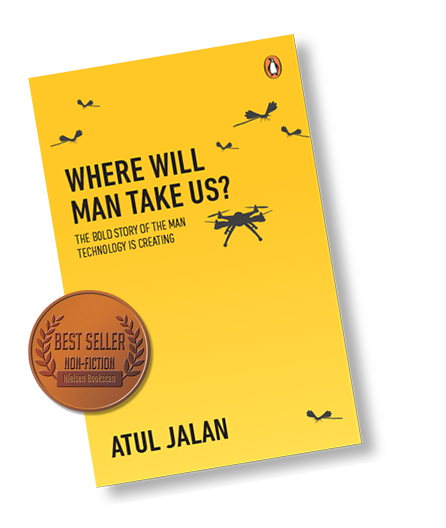 "Evolution could have gone a billion different ways. But what it has done, is lead us to this stage where we indiscreetly call ourselves Homo sapiens – wise man."

One fine day, about 400 million years ago, a fish (let’s call her Wanda) decides to crawl out of the sea. We do not know why her ancestors, happy swimmers all, had over generations developed the four fin-feet that would help her crawl up the beach. Indeed, we do not even know what gave Wanda the gills to believe that she could indeed survive outside water.

We do not know what Wanda was thinking that day or whether fish think at all, but we do know that it was a good day – for that tiny crawl for Wanda was a great leap for mankind.

Fast-forward many million years to say about 3.2 million years ago and we have Wanda’s descendant Lucy. Lucy brings us the earliest evidence of a hominid opting to walk rather than swing from the trees.

While Lucy fossilised a few million years ago, debate on what made her descend the tree is yet to die down. And the debate on why she chose to walk. It is possible that our hominid ancestors had to cross large swathes of grasslands between shrinking patches of forest.

What we do know today though, is that chimpanzees expend 75% more energy while walking than we do. Which proves that Lucy’s descent was great for our ascent – bipedalism is a distinct advantage.

We do not know why Wanda crawled out of the sea, why Lucy climbed down from the tree or why we stand precisely where we are today, 4.5 billion years after this planet was born. Evolution could have gone a billion different ways. But what it has done, is lead us to this stage where we indiscreetly call ourselves Homo sapiens – wise man. But let’s put the hubris of the behind us and look at where we stand today.

I consider this day as important and as significant for this planet, as the day Wanda crawled up and Lucy climbed down. Because while we got here on the back of natural selection, what takes us forward will be, in all probability, artificial selection. Man has neither the time to allow natural selection the few generations it needs for a change in heritable traits nor the patience to accept random mutations.

We believe we know what we want to do with ourselves and we are developing the tools to do it. I consider myself very lucky. To have grown up reading Isaac Asimov, Arthur C. Clarke, Philip K Dick, Robert Heinlein and Douglas Adams and then as an adult, to see some of those worlds come alive. Maybe it is this childhood love for both technology and sci-fi that has kept me interested in life-technology intersections.

With every passing day, the biology we inherited all the way from Wanda is merging with the technology we have created – changing us as a species. This is a tiger we cannot get off and I wouldn’trecommend that we do.

I like to call ours a Gutenberg moment. As Johannes Gutenberg looked at his first proof, did he for a moment think that he was flagging off one of the golden ages of mankind? Did his neighbours know that we would be speaking of that day in (almost) the same breath as Wanda and Lucy? I don’t think they did. They would have been more concerned about the price of fish in Strasbourg.

We are witnesses to a similar moment in history, when mankind takes another giant leap. One that will elevate man again — to a species infinitely more sapient. And much like Homo habilis evolved into Homo sapiens (via many other Homos), we might evolve into a new species. A new man altogether.

The technologies we have invented are merging with our biology — giving us control over pain, disease, ageing and maybe soon, even death. This, makes us our own gods. From here on, we can no longer be content with being mere humans. This realization and this unbelievably exciting time is what Where Will Man Take Us? is all about. We should not make the same mistake Gutenberg’s neighbours did.

Where Will Man Take Us? looks at how all of this is coming about. It looks at the drivers of change – artificial intelligence, nanotechnology and genetics. At how this is impacting us as a society. At how the new-found powers of science and math might help us solve some of man’s greatest mysteries. And of course, at this new species we might evolve into. If we look at our history as humans, we see two distinct abilities and their consequences running together—our ability to invent stories and our ability to turn these stories into technology. Both, in turn, reinvent us.

Wheel to steam engine to electricity to telephone to Google—all are our inventions that have reinvented us. Each of them changed our life so much that those of us who have lived through any of these epochal changes, cannot remember how life was before this. I struggle to wonder how I managed before mobile telephony and Google came on the scene.

This time around, the technologies reinventing us are AI, Genetic Engineering, Nano Technology and Quantum Computing. Everything around us, I contend, can only get better with cognification. And that makes AI the next electricity, the next driver of human reinvention. But what I find even more exciting is that in our quest to bring human-like cognition to AI, we are forced to examine ourselves and our brains a little more closely – what is it to be human? What is self-awareness? What is consciousness?

While these questions are man-old and have been pertinent since the time we started gossiping around a fire, it is only now that science has acquired the ability to bring us some pertinent answers. What could only be answered by philosophy and religion in the past can now be viewed and analysed through quantitative, algorithmic and scientific lenses.

AI’s ability to crunch infinite amounts of data and math’s ability to find patterns could also help us unravel some of our greatest mysteries: astrology, aliens life and the secret to eternal happiness.

Where Will Man Take Us? also looks at advancements in genetics. With the ability to edit the genome, we really are heralding an end to natural selection. The end of randomness in human evolution truly marks the beginning of man’s next avatar.

With all of this happening around us, societal change is inevitable.

And that’s where the book spends most time. Much of what defines us as ‘man’, as well as some of our greatest ideas and institutions, is directly impacted by these transformations and transformational times.Love, sex, marriage, jobs, currency, privacy, democracy—all of these are changing around us.

Sometimes I wonder if social media is making democracy more direct – where every citizen believes they have (and need) a direct say in the creation of laws that impact them – as opposed to the representative form where we restrict ourselves to voting our representatives into government.

When it comes to employment, machines will definitely change our idea of work. As automation becomes the new immigration and we start creating greater growth with lesser jobs we will be faced with a new problem. Will this lead to discontent or will it lead to a new era where people are free to pursue their passions? The answers to these could change our ideas on work, earning and money.

All these years, we have spoken about the ideal mate, knowing fully well that no two humans can make an ideal pair. But we stand at the threshold of creating an ideal partner – with all your likes and dislikes programmed in. But we also live in a society that believes same gender relationships are not natural – how will we accept a man-machine relationship? Speaking of society, our thinking is getting narrower by the day. L’affaire Social Media and algorithms that keep showing us what we like, are driving us into smaller and smaller echo chambers. The result of what diminishing views, smaller minds and fake news can do, we know from the last US elections.

These islandizations are not restricted to people alone. Having realised the power of data to control populations and their behaviour, nations are going all out to keep their data within their borders. Iran’s halal internet and the Great Firewall of China are good examples – keep our data in, keep other data out; keep ourselves well-informed, keep our people ill-informed.

Nations are watching their people as well, all nations. The amount of data nations have access to, on their populations, would make the surveillance states of yore go mad with glee. If he wants to, Big Brother can keep an eye on when you wake up, when you eat, how much you walked, where you went, what you watch, your preferences, your pulse through the day, who you spoke to, wrote to, what you spoke, wrote, every single thing about you. Should we worry about this? Or should we look at how this data can be used for public good?

These are changes most of us see happening around us. The book connects the dots and helps us look at what lies ahead. The future will question much of what we consider fundamental and common knowledge today.

Every age changes the pillars the previous age stood upon; kills a few gods and invents new ones. Like Neil Gaiman says in American Gods:

Gods die . . . Ideas are more difficult to kill than people, but they can be killed, in the end.

The hunter-gatherer needed to worship nature, the farmer needed a pantheon, civilizations needed monotheism and an Industrial Revolution called for socialism. What will this new human ask for? What new god will we invent? What new saints will we summon?

If the first man was clay (and that is definitely more poetic than Wanda crawling on to land), the new man will be data. Where Will Man Take Us? attempts to catalogue this rewiring, this redesign.

Man is the only creature who refuses to be what he is.

We crawled out of the sea. We climbed down from the tree. But we are not going to stop with that. No, we won’t.

Liked it? Read the rest of the book.

Videos on the Book 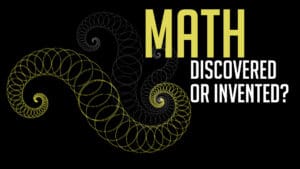 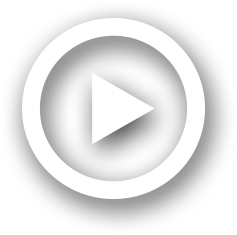 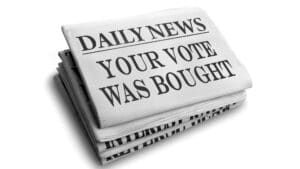 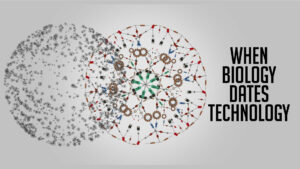 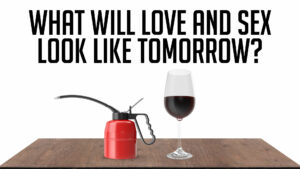 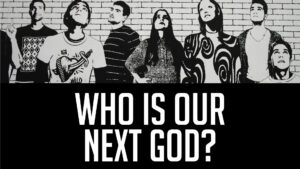 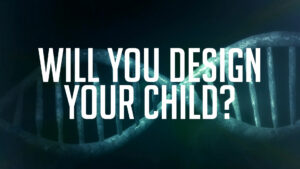 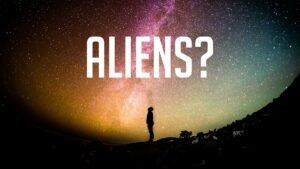 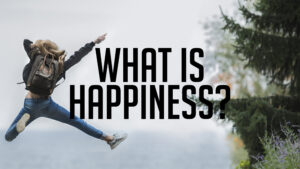 Man, Machine and everything in between

Book Review: Where will man take us? A bold story of the man technology is creating

In conversation with Atul Jalan, author of Where Will Man Take Us?

Our Childhood Sci-Fictions Are Turning into Realities, Says Entrepreneur and Author Atul Jalan

I think humans will become cyborgs in future

Clarity in a fishbowl: confirmation bias beats the web’s purpose

The Spectacular Now: Science and Technology

Gadgets Galore – Where will man take us

Artificial intelligence will change everything